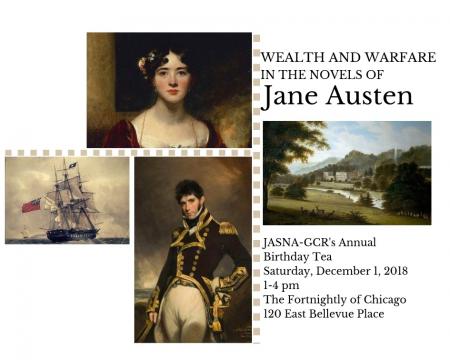 Wealth and Warfare in the Novels of Jane Austen

All but the last of Jane Austen’s novels were written during the Napoleonic Wars. Numerous characters have commissions in the army or militia, and several central characters enlist in the navy. The distinction between these two services was important. Officers in the army and militia were paid wages. Sailors, on the other hand, were entitled not just to wages but also to a share in the value of any “prizes”—other ships and their cargo—that they captured at sea. We theorize that this prize system existed because naval officers and crew needed to be given equity shares in their endeavors in order to create incentives for aggressive action.

This distinction between how soldiers and sailors were paid has a profound effect on the development of Austen’s characters. The army is a force for the status quo. The navy, on the other hand, is the only real mechanism of social advancement (other than marriage) to appear in Austen’s novels. Even though the Industrial Revolution had begun at the time Austen was writing, social mobility remained relatively stagnant and opportunities for professional advancement were few. Austen also uses the choice between services to show the character of the individuals who enlist. Static characters self-select into the militia; enterprising young men with good character self-select into the navy. Austen thus uses the navy’s prize system both to reveal her characters and to inject an element of social dynamism into her novels.

Jonathan Masur is the John P. Wilson Professor of Law at the University of Chicago Law School. He received a BS in physics and an AB in political science from Stanford University and his JD from Harvard Law School. After graduating law school, he clerked for Chief Judge Marilyn Hall Patel and for Judge Richard Posner. Masur is co-author of Happiness and the Law (University of Chicago Press, 2015). He is a two-time winner of the Graduating Students Award for Teaching Excellence and has served as director of the Wachtell, Lipton, Rosen & Katz Program in Behavioral Law, Finance and Economics since its founding.

Seebany Datta-Barua is Associate Professor of Mechanical and Aerospace Engineering at the Illinois Institute of Technology, where she has taught since 2012. She received a B.S. in physics in 2000 and an M.S. and Ph.D. in Aeronautics and Astronautics in 2008, all from Stanford University. Datta-Barua’s research is focused on space weather impacts on GPS navigation, remote sensing, and atmospheric dynamics. Dr. Datta-Barua received the National Science Foundation CAREER award in 2014. She is an Associate Editor of Radio Science and has been recognized as an Outstanding Reviewer for Space Weather and Navigation.